Glass Animals is a British indie/alternative band known for their eclectic sound and visual style. I decided to illustrate this site in 8 bit because some of the songs in their most recent album, How to be a Human Being, are heavily influenced by old video games. I chose a 70s style pattern for the backgrounds in the site to allude to the color palette and 70s aesthetic of their most recent album.

I based a lot of the site's elements on vintage technology, so I designed the opening page of the site to resemble the start screen of an 8-bit video game. 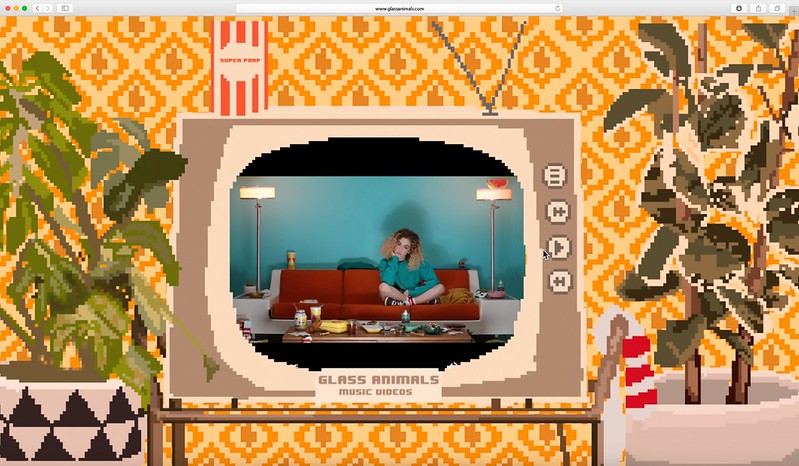 The design of the music video page is based on the living room from Glass Animals' music video for Season 2 Episode 3. The buttons on the T.V. are coded to control video playback. 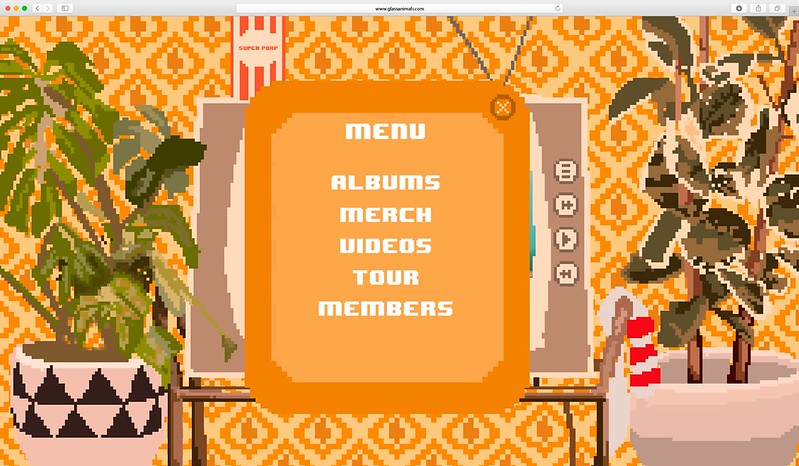 The navigation button is designed differently depending on the page, but uses a hamburger symbol so that users will know what it is. On each page the nav menu itself is the same. 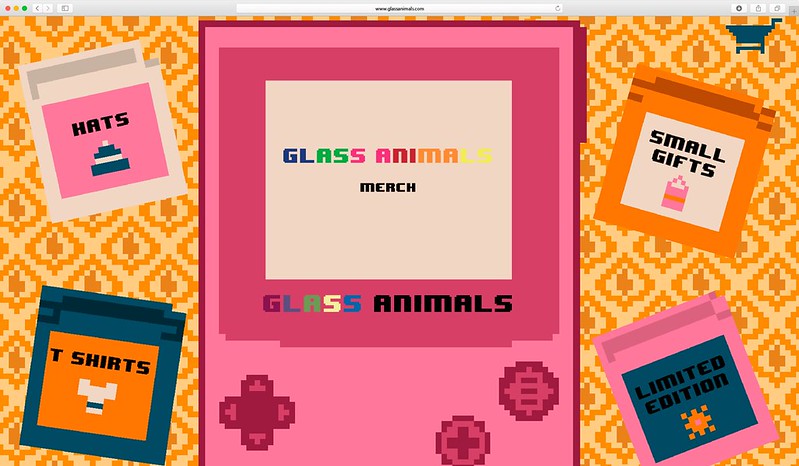 When users click a category to shop in, the cartrige appears in the console and they can browse the items using the arrow buttons. 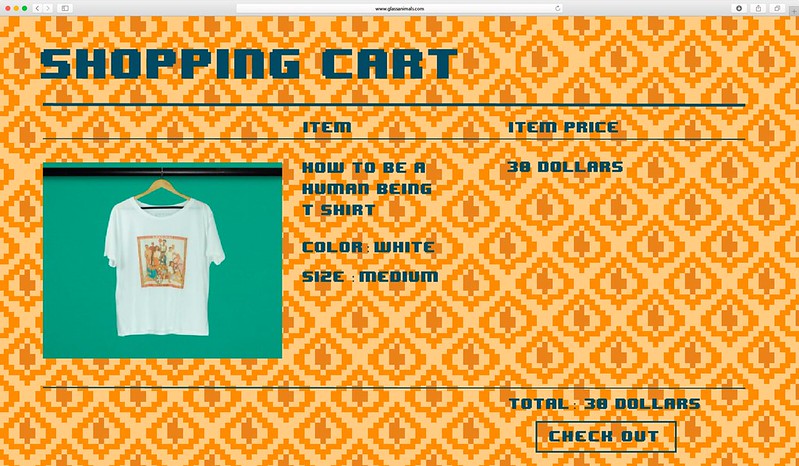 The design of the checkout page is fairly simple so that users can find their items and totals without confusion. 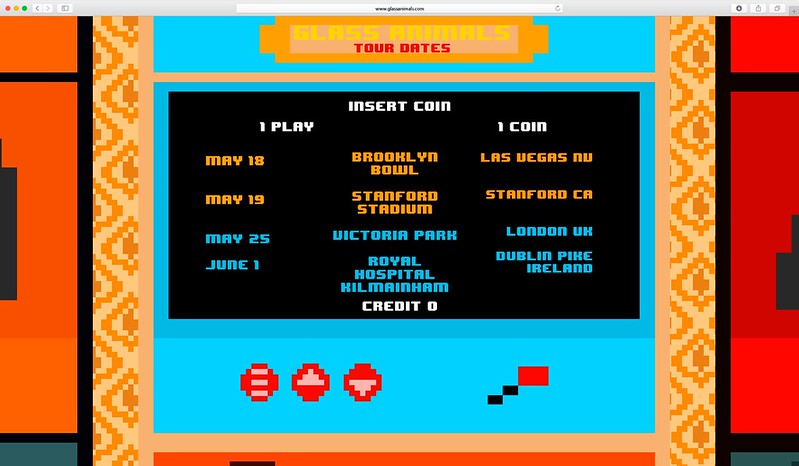 Users can scroll through the tour dates and locations on the arcade machine. 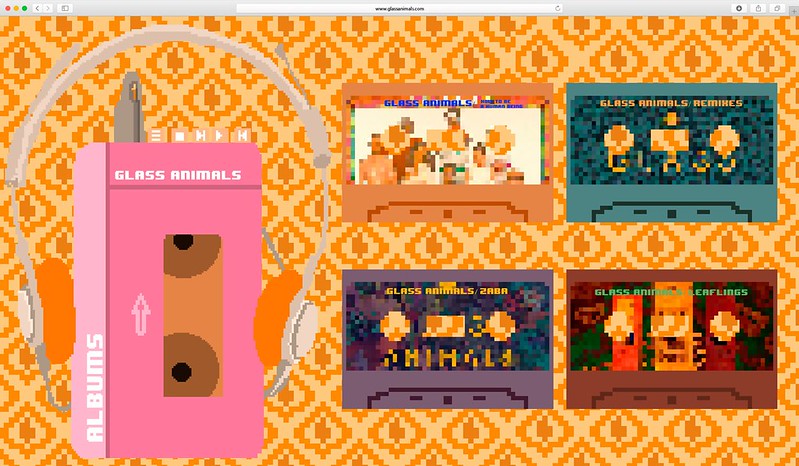 On the albums page, users can click on one of the 8 track casettes and it will play songs from the album listed. The buttons on the casette tape are coded to control audio playback.

The member info page features portraits of the members on polaroids, which users can hover over to flip them and reveal a short bio on each member.

gawalkthrough from Amber Mabry on Vimeo.